Whenever I went to Greece I typically took a side trip. One year I went to Istanbul, Turkey and of course had to see --- the Hagia Sophia (which means Holy Wisdom). It is breath taking both inside and out. Hagia Sophia is a former Greek Orthodox patriarchal basilica, later an imperial mosque, and as of 1935, a museum in Istanbul, Turkey. Originally dedicated in 360 AD. The first church structure was destroyed during riots in 404; the second church, built and dedicated in 415, burned down during the Nika revolt of 532, which caused vast destruction and death throughout the city. 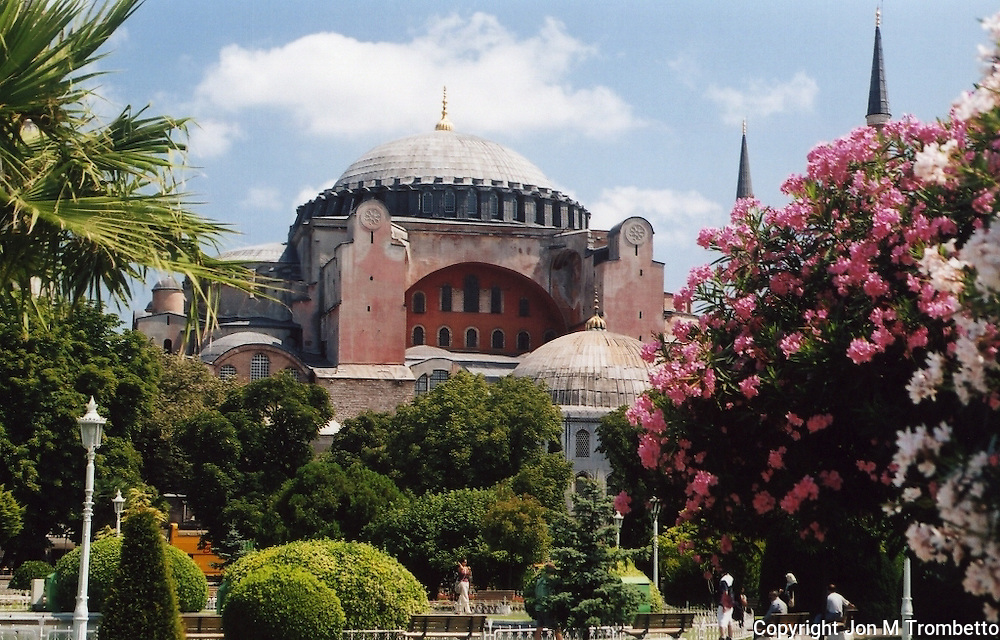